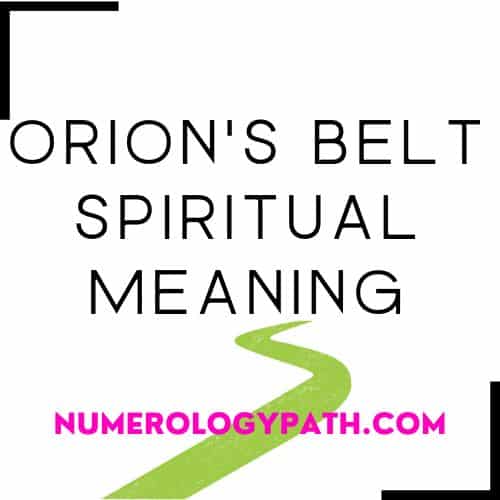 Orion is an array of brilliant stars in the northern hemisphere that rules the winter sky. It is the sky’s most well-known constellation. The Hunter is another name given by the Greeks, and it also went by the name Osiris in ancient Egypt.

This constellation was crucial to every ancient civilization’s religion, society, and science.

Do you know that Orion has also acquired many symbolic meanings that have surfaced over the centuries in the spiritual realm? For example, the Orion constellation and the Starseeds that sprung from it are central to the Orion’s belt’s spiritual meaning.

This blog post will demystify Orion’s belt spiritual meaning and uncover the mysteries surrounding this constellation, the Orion starseeds. So keep reading. 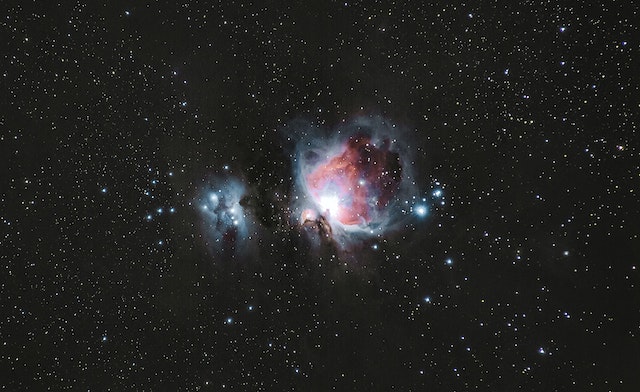 The Orion constellation hasn’t always served the intention of helping astrologers to keep an eye out for new stars and meteor showers or to name them.

Several mythology and folktales exist regarding the constellation of Orion and how its abilities have impacted the lives of numerous individuals.

The celestial equator is where this constellation of stars, the brightest in the sky, is situated.

Furthermore, this constellation has always been revered as a god by ancient cultures and traditions. As a result, people believe many gods got their abilities from Orion.

The Greeks and Persians imagined Orion to have once wandered the world as a mighty hunter. He was the prodigal son of the sea god Poseidon. The legendary Hunter Orion is frequently pictured in star charts battling the charge of the bull Taurus, pursuing the Pleiades sisters, the hare with his two hunting dogs, symbolized by Canis Major and Canis Minor, which are the neighboring constellations.

Today, this notion is widely acknowledged in all historical traditions around the globe.

Orion holds high regard and is worshipped as a god in China, India, and other cultures with solid spiritual ties. It is also one of the reasons why people around the world are familiar with this constellation.

Therefore, given these historical facts, there is no doubt that there is more about Orion’s belt spiritual meaning.

Orion Starseeds are believed to have visited Earth between the 1960s and 1990s. To assist humanity in ascending, they brought unprecedented waves of wisdom. So, the Orion Starseed is known as a soul with incredible wisdom born on Earth as an exceptional human who most likely came from a star or a far-off galaxy, as in the case of Orion earlier stated.

Like everyone else, they are born without the memory of previous lifetimes, but upon awakening, some of these memories are restored, and many more are made accessible by a ceremony.

While each Starseed race has a distinct mission, they all work for the same objectives. However, they use a different strategy that is appropriate for their gifts.

In the current era, the planet Earth is undergoing significant changes. So the knowledge and direction of Starseeds are therefore beneficial.

As a result, humans require assistance in re-establishing contact with their spiritual nature since they have absorbed the exterior conditions of their world. For this reason, we uncover Orion’s belt spiritual meaning.

But first, let’s look at a few characteristics of the Orion Starseed. 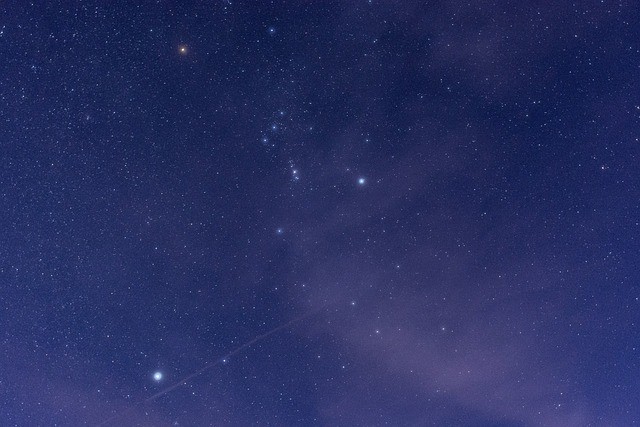 Having uncovered everything about the Orion constellation and the Orion Starseed, it is time to s

The night sky is always breathtaking, and Orion’s Belt has a way of reaching out to people’s spirits and encouraging spiritual renewal.

According to Greek mythology, Gaia and Orion engaged in combat. Gaia decided to use a scorpion to slay Orion. Ophiuchus, the serpent-bearer, however, brought Orion back to life.

For this reason, anytime you see this constellation in the sky, it connotes rebirth and resurrection in a spiritual sense.

Stresses, worries, or other problems in your life may have caused your spirit to weaken over time, and you may have allowed it to happen.

For individuals whose spirits are fading, you have the opportunity to rethink your strategy and develop a plan that will propel your life to new heights of achievement.

This belt serves as a reminder that just because one endeavor doesn’t work out doesn’t mean all your chances for success are gone. It is the time to rise again when everything appears lost and done. Like the mythical Phoenix, you must rise from the ashes and design the life you’ve always imagined.

1. Take the Right Position for Success 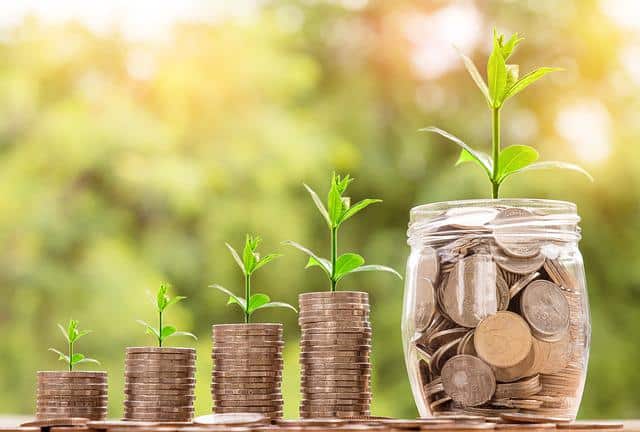 You should never expect handouts if you want to thrive in this world. The Orion’s belt’s spiritual meaning shows an example from the three brightest stars in Orion’s Belt that have never changed positions in the thousands of years they have existed. This advises you to choose a unique career path. Once you’ve chosen your course, stay on it and give it everything you’ve got.

Orion’s belt has appeared to explain why you have been finding it difficult to advance in your life. So it may signal that you’ve been locked in one place due to improper positioning for the progress you’ve been yearning for.

The constellation of Orion is the sharpest in the night sky. Light is a symbol of direction spiritually. So, Orion’s Belt spiritual meaning indicates that the universe has brought everlasting clarity into your life with the energy it sends your way. The universe doesn’t want you to be uncertain about your place in it again.

Therefore, you will start to get spiritual guidance as soon as you see Orion’s belt. In that regard, you must be mindful of your heart and follow the universe wherever it takes you. You can resolve every perplexing circumstance in your life by doing this.

Other Meaning of Orion’s Belt

Aside from the points listed above, Orion’s belt spiritual meaning also indicates that: 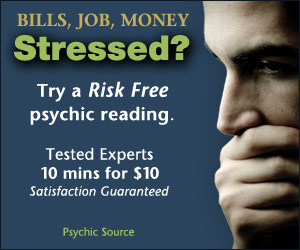 In a nutshell, Orion’s belt spiritual meaning says that the universe will lead and direct you.

Orion is not a typical constellation in the cosmos. Instead, it is exceptional, one-of-a-kind, and strong enough to give you the tools you need for any work. So as you look up to Orion’s Belt for celestial wisdom, don’t forget to put your trust in its strength and vitality.

Other people interested in this constellation also ask the following questions:

What Does Orion’s Belt Stand For?

The Orion’s belt is a direct allusion to the biblical story of the three kings who presented gifts to the newborn Christ. In addition, since the 3 mainly conspicuous stars form this constellation, Orion’s Belt can be used as a guide to point amateur astronomers to other intriguing objects because it is so simple to locate in the sky.

What is the Importance of Orion?

Given that it houses one of the closest and most active star nurseries in the Milky Way, the galaxy in which we live, Orion is unquestionably one of the most significant constellations for astronomers.

Does the Bible Mention Orion?

A dozen or more star groups are mentioned in the Bible, although the identities of these groups are generally disputed. For example, the Prophet Amos praises the Creator as “Him that made Kimah and Kecil,” which the Vulgate translates as Arcturus and Orion, in a remarkable verse.

Who was Orion in Love With?

Orion is related to the island of Chios, where he is credited with driving out the wild animals. There he met Merope, the daughter of Oenopion, the king of Chios, and fell in love. However, the monarch, who didn’t like Orion and kept postponing the wedding, eventually had Orion blinded.

According to a separate account of Orion’s demise, the gods loved him dearly, and he fell in love with Artemis. On the other hand, her twin brother Apollo adamantly opposed this romance and devised a strategy that made Artemis unknowingly kill her lover.

The constellations of our galaxy are somewhat critical. They hold very profound lessons for us and our lives. All that is required of us is to take a moment, give our rapt attention, and consider what those signals might mean for our lives.

Orion’s belt is one of those constellations, and as such, Orion’s belt spiritual meaning holds many messages that need to be understood.

However, we hope this guide has done justice to help you understand what this constellation signifies.